How Do We Motivate Today’s Student in the Classroom? … Mu!

There’s an old Zen story that goes something like this:

A Zen monk was asked to manifest his understanding of Zen by answering the question, “Do dogs have Buddha nature?” and, instead of responding “Yes” or “No”, the old Zen monk shouted Mu! – meaning it’s not quite correct to answer in the affirmative or negative – so unask the question. 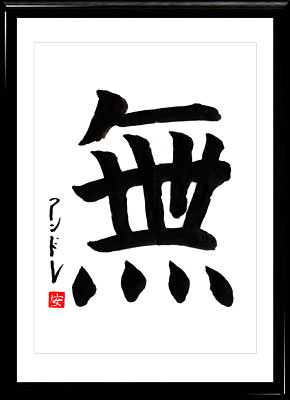 I state all of this tentatively – both because I certainly haven’t read all the literature on this topic, and because I am sincerely interested in others’ views – but my intuition is that the tendency to ask “What does today’s student want?” as a way to tell us something about how to teach students is something we should say Mu! to: let’s unask the question so we can think about deeper ones instead.

I sometimes notice that there’s a general tendency, especial in libraries, to treat the new “Millennial” generation differently from other generations qua learners. For example, we hear things like,

“Well, today’s students have shorter attention spans than students did twenty years ago, because they grew up with technology … so we’ve got to include lots of active learning!”

I remember a university-wide TA training session during my first master’s where one of the first things we were given was a handout on what today’s college student is like (something along the lines of this),  which handout I must admit I found not very illuminating from a teaching standpoint. My reason is that I suspect that these things, even if true, just don’t have much impact on how students actually learn. Research in the cognitive science of learning demonstrates that learners are much more alike than not. And when it comes to motivating people in and out of the classroom, things like, say, autonomy support seem to hold true across many learners. So, e.g., even though particular students’ interests might be different, the principle “support students’ autonomy in the classroom by allowing the creative freedom to pursue their interests” seems pretty universal.

In short, I am skeptical of approaches to teaching and learning not deeply rooted in what we’re like as human beings. And I think we’re all sufficiently alike as learners that certain approaches work for lots of students. This is why I tend to get nervous when educators ask stuff like, “What does today’s student want?” or “What motivates Millennials in the classroom?” Given that we’re all human beings, it would be really surprising to me if today’s student wants something radically different than students in any other generation (in the sense of what helps them learn). I worry that approaches to teaching and learning not deeply rooted in learning science or what we know more generally about motivation in and out of the classroom will lead us down superficial paths of thinking.

If you’re doing these things, how you accomplish them – whether with an  iPad or Facebook, or by carving your lecture into some dirt with a stick –  seems beside the point.

Forget about whether dogs have a Buddha nature and just wash your bowl.

Filed under Education, Library Instruction, On Being Human, Posts by Kevin Michael Klipfel